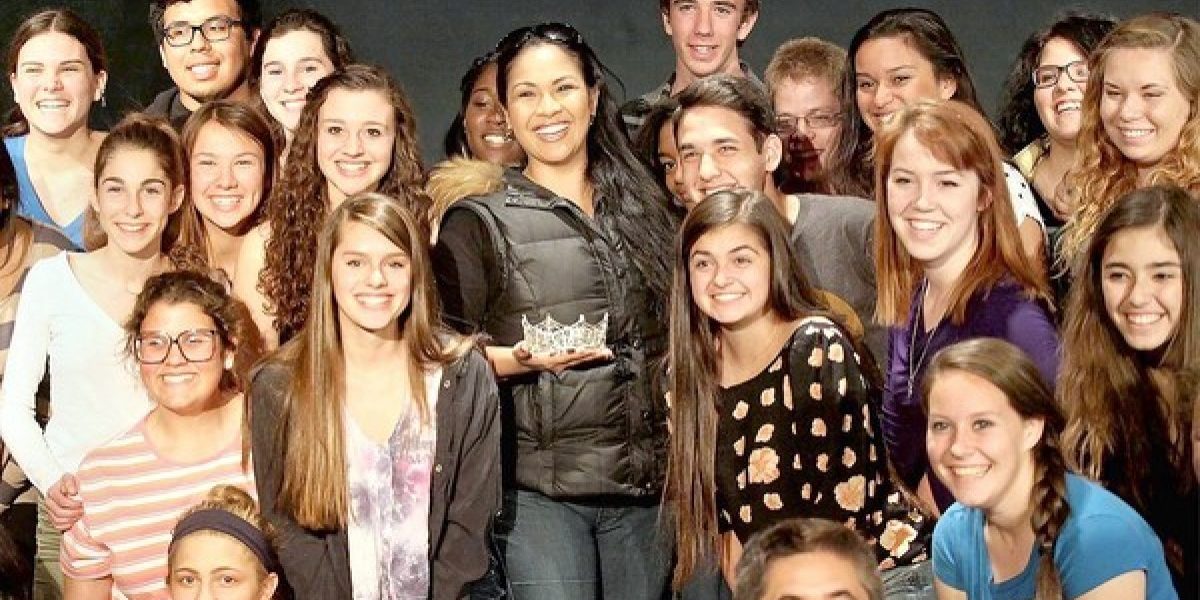 Her brother, Albert, committed suicide in 2006. Baraquio experienced a period of anger towards her brother for doing it. She also felt angry that her family didn’t tell her immediately of the initial suicide attempt for fear that the news will stress her as she was a few days away from giving birth to her second child. As Catholics, the family was taught that the person who committed suicide will go to hell and the idea of it brought so much anxiety, fear, and confusion to the Baraquios. To help them, the family went into group counseling and talked to a priest. When they met the priest, he told them that God gives pardon to people who committed suicide and had mental conditions such as his brother who was bipolar. It was the first time they heard of the idea and brought hope to the family.

Baraquio is married to Tinifuloa Grey since 2002 whom she met when she was only 15. Grey is a musician who got his love for music from his father, acclaimed Polynesian singer Jerome Grey. Growing up, the younger Grey never thought he would like music since his father even discouraged his children to pursue it. Taking up architecture in college, his decision changed when his father suffered a massive stroke in 2006 while onstage and Grey found his perspective changed and decided to pursue music as a career. Grey has regular gigs throughout Los Angeles and San Diego and a permanent performer at Disneyland Hotel. Grey was also featured on NBC’s The Voice Season 7 and proud to represent the Samoan community. In 2015, he started a Kickstarter campaign to produce a music video dedicated to his father and for every “Islander”. The goal was $8,500 and he managed to raise over $10,000 money.

Together, Grey and Baraquio have five children, four boys and a girl, and the family is currently based in California.… 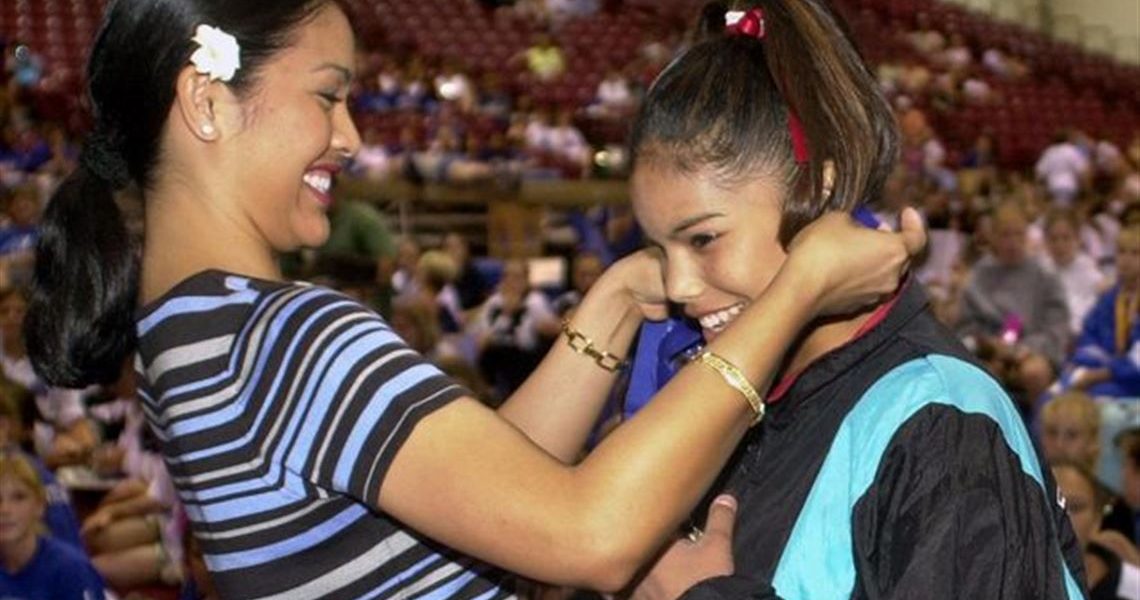 Apart from the scholarships, winning Miss America opened many opportunities for Baraquio. She attracted offers from many schools, churches, ethnic groups, and private companies for speaking engagements. It also helped her build contacts such as when President Bush invited her and her husband to attend a state dinner at the White House. There, she met former Philippine president Gloria Arroyo. She became the spokesperson for other nonprofit organizations such as America’s Promise, Children’s Miracle Network, and the Alliance for Youth Make a Difference Day.

Winning the Miss America pageant on October 14, 2000, was considered as a realization of Angela Perez Baraquio and her family’s American dream. She used her platform to promote her advocacy of “Character in the Classroom: Teaching Values, Valuing Teachers.” She believes that it is not enough to just aim for high grades. What is more important, as Baraquio shared, is the values instilled in the students. She believes in infusing character education to children and youths. Negative behaviors of students can be turned around if they know that adults can be trusted and adults trust them. Adults should model good character traits.

After getting married, she moved to Southern California to be closer to her husband’s family. At first, she tried to get some acting and hosting jobs and tried her chance in the entertainment industry. However, she was adamant that her values will come first and foremost. If the offer was against her Catholic principle and conservative belief (for example, a swimsuit calendar shoot), then she won’t accept it. There was an opportunity for her to be cast on locally produced shows but she refused as they were mere decorative roles. Obviously, Baraquio wanted to go to show business not for stardom but to expand her platform to talk about the importance of family and character building. She also formed the Angela Perez Baraquio Education Foundation, had been the First Hawaiian Bank spokesperson, and studied mortgage business to become a real estate investor.

Baraquio is currently the principal at St. Anthony of Padua School in Los Angeles county and she said that her dream, in one of her interviews, is to be a superintendent of public schools in Hawaii. She wants to lead the education system to help children who are shuffled in and out of the schools. Her goal is to raise the standards for teachers by incentivizing good teachers and eliminate those that perform below par. Baraquio believed that teachers’ wages should be increased. In her experience, many teachers who don’t have children considered their students as their own. They would shell out money from their own pockets to conduct school activities and projects but never reimbursed. This kind of dedication should be rewarded. She became aware of how low teachers make when exposed to other industries. Those who just graduated are sometimes earning more than teachers who are serving for more than thirty years. Baraquio also wanted to elevate the quality of teaching by peer-to-peer mentorship. One way is to videotape the teacher while holding a class, the cohort can then give positive feedback, ask questions, and suggest ways to improve. It will help the teacher to examine his/her self and be objective about his/her teaching.

Baraquio was a devout Catholic and is known for her anti-abortion stance. She is also active in supporting Republican politicians. In 2003, she hosted a series of television shows for Governor Linda Lingle who was the sixth governor of Hawaii from 2002 until 2010. She was also one of the major supporters of Senator Sam Brownback for his 2008 Republican Presidential primary season. She said that what drawn her to support Brownback was his strong opposition to abortion which Baraquio 100% agree with. In one of her interviews, she mentioned that the most dangerous place for a child is a mother’s womb, and she had been a prominent conservative Catholic public speaker to advocate for her pro-life stance. Apart from anti-abortion advocacy, her speaking engagements also focus on topics of positivity, motivating the youth, and building their character. Some of her talks are free but others paid up to $6,000 to hear her speak.

In her faith-based inspirational memoir, “Amazing Win, Amazing Loss: Miss America Living Happily, EVEN After“, she talked about the highs and lows of winning the crown and the years after it. She was encouraged by peers to write her experience immediately after winning but she was only 24 years old then and didn’t feel ready. In 2013, she committed to writing it and finally published the book in September 2014. Apart from her experience in Miss America, Baraquio also talked about her experiences of being a first-generation Filipino growing up in Hawaii, as well as her brother’s suicide.

Post written by Myrtle Dixon. Myrtle can also be found on Harper’s Bazaar and writing about Capio Partners, travel, and fashion.… 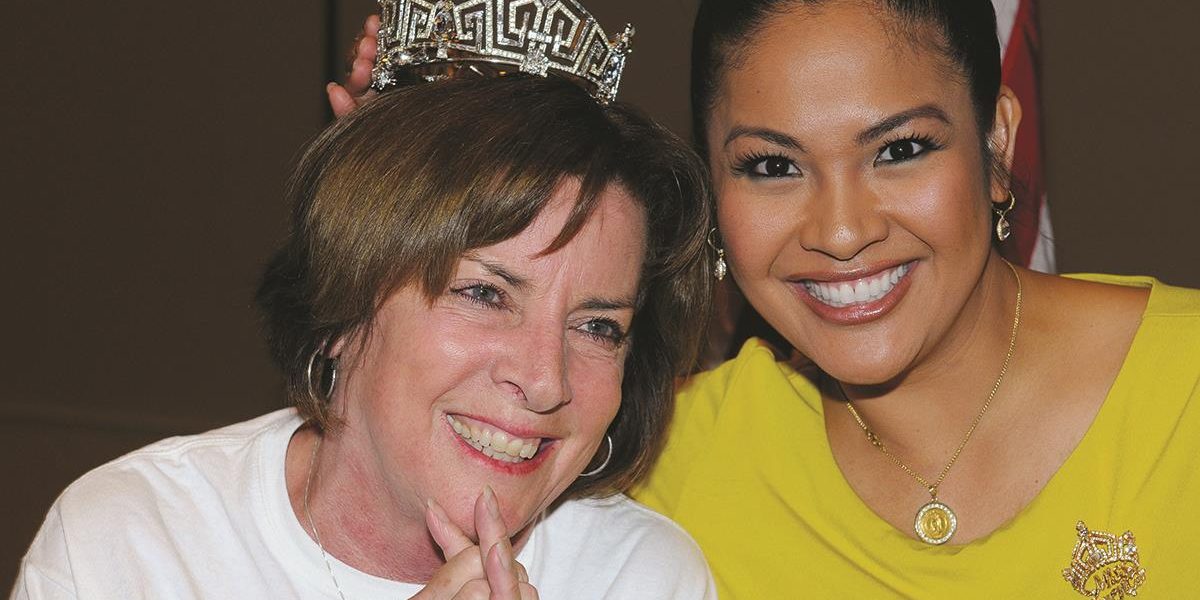 Growing up, she really wanted to be a teacher. She was first inspired by her parents. Her mother taught English and her father was an electrician and at the same time taught science and math. All her teachers inspired her to become one although she credited her second-grade teacher who will leave small notes on Baraquio’s desk that made her feel extra special. Later on, she found out that the teacher will leave similar notes to all her students but Baraquio remarked that her second-grade teacher’s small act created a powerful impression on her and realized how impactful a good teacher can have to his/her students.

She credited two of her students for joining the Miss Hawaii pageant. Competed two times before, she had no plan to enter the pageant again. However, her former students approached her saying they love volleyball but scared to join the team. Baraquio then gave herself as an example. She explained that she took the risk by trying out at Ms. Hawaii in the past. The students then asked why she won’t try again. In the end, they both agreed, as if a dare, that Baraquio will again compete at Miss Hawaii, and her students will try out at the volleyball team.

She was an athletic director and elementary P.E. teacher at Holy Family Catholic Academy in Honolulu when she decided to join Miss Hawaii 2000. When she won, Baraquio became the first teacher to win the title. After winning Ms. Hawaii 2000, she represented the state to the Miss America 2001 pageant. Again, this made Baraquio the only Filipino and the first Asian to win the Miss America title since the pageant’s inception in 1921.

In an interview, Baraquio mentioned that she didn’t give much thought that she was the first Asian American to win Miss America but after a taping for one show, she was approached backstage by a group of Asian Americans and told her how proud they were that Baraquio won the title and thanked her for representing the Asian American minority.